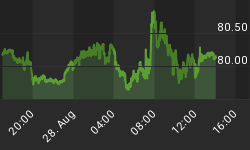 China and many other energy importers in Asia are scrambling to procure gas and coal supplies ahead of the winter amid a global energy crunch. The higher demand after the pandemic and the muted supply response have sent China’s coal futures and Asia’s LNG spot prices to record highs in recent days.

Threatened with power outages, China is now looking to secure long-term U.S. LNG supplies, despite the tense bilateral relations and the trade spat.

Long-term deals would also protect buyers from spikes in spot LNG prices, which the market is seeing these days.

The talks between the Chinese and U.S. firms have intensified since the spot Asian LNG price hit $15 per million British thermal units (mmBtu) in August, setting a record for that time of the year.

Spot prices have more than doubled since then as Asian buyers rush to stock up on gas ahead of the winter heating season.

Last week, Asian LNG prices exceeded the psychological threshold of $50/mmBtu. The $56.326/mmBtu price of the Platts benchmark Japan Korea Marker (JKM) for November was an all-time high at which a cargo of LNG traded in the Asian market.

This week, the average spot price of LNG for November delivery into Northeast Asia was at around $38.50/mmBtu, industry sources told Reuters on Friday. The average price for the week was $1.50/mmBtu higher compared to last week, amid firm demand from China.